How to Stop Strained Relationships from Sabotaging a Project 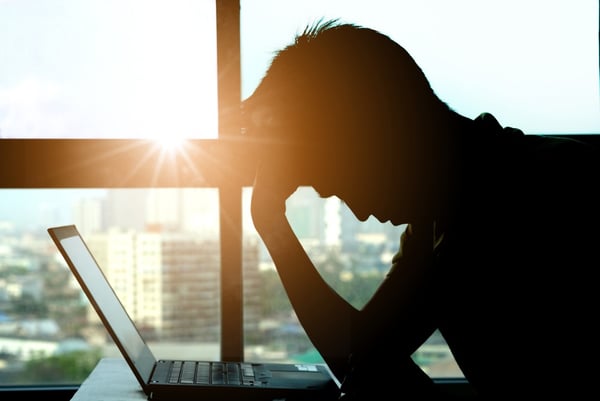 The following is adapted from The Irreverent Guide to Project Management.

Any time you get enough people together, you are likely to encounter friction, and work is no exception. It’s wonderful to have a supportive, sympathetic, open-minded, egoless team, but realistically, there are few cohorts that can measure up to that Utopian dream.

When the inevitable bumps and glitches arise, it’s best to already have an idea of how you can get them under control. If they aren’t managed right away, interpersonal tensions have the power to derail an entire project, and what’s worse, they can foster grudges and animosities that linger amongst team members moving forward. Every situation, team member, and manager is unique, so there is no single way to successfully work with resistant team members, but here are some general principles that can stave off strained communication and keep your projects running smoothly.

Sometimes team members disagree, even with the most basic steps of a process. They might balk at using a particular method, or they might go against the tried-and-true company policies and chart their own course. Resistance sometimes comes in an overt form—direct confrontation or refusal—but it also can take more indirect forms, like quietly breaking protocol.

When this happens, it is helpful to operate under the premise that the member in question isn’t resisting. Maybe they just can’t keep up. Work can sometimes be fast-paced, and frustration or fear can manifest as resistance. Or, maybe the person is caught in the middle of organizational politics and doesn’t know how to react. A client might have told them not to use a particular tool or to deviate from the standard approach, and they aren’t sure how to respond.

People rarely resist without a reason, and it might help to try to get the root of the behavior, instead of just focusing on its symptoms. Whatever the case may be, try to empathize, because you really don’t have any idea what is going on in their world. And feeling frustrated with them won’t help you.

Good relationships are at the core of any successful effort, so if the relationships are strained, then take a bit of time to get back to basics. Building relationships is just as important, if not more so, than defining tasks and meeting goals. Taking a few minutes each day to get to know your project team (professionally) and making sure to grab lunch with them as often as possible will go a long way in leading them to success when the heat cranks up. A project team that eats together succeeds together!

If developing relationships fails to work with a particular project team member, always take the high road. Never bully or abuse your position or authority, and always show humility and sympathy in your approach. Bullying will only ever result in greater resistance.

Discuss the impact that their lack of focus is having on the overall health of the project and, therefore, on the team. Asking for help is very powerful. Most people, given the opportunity, want to feel like the hero.

After asking for help, use the two most powerful words in the English language to achieve cooperation: “I need.” Explain very clearly what you need from them to get their assignments and the project back on track. Give them the opportunity to be the hero instead of the obstacle.

Explain Your Next Steps

If the two of you can’t agree on a solution, let the team member know that you will need to launch progressive escalations until a solution is provided or the project is canceled. Most people will understand cancelation of the project is unlikely.

When escalating, do not make inflammatory problem statements. Instead, state the facts as they relate to their assignments and the health of the project. Assume that the person is not responsive because they are tied up with competing priorities. Go as far as to make excuses for the person as needed. Avoid provoking defensive reactions, and clearly outline the solution necessary to get the project back on track.

If a project team member is not responsive to a critical request you’ve made within twenty-four hours—regardless of the form of the request—send five emails and leave five voicemail messages over the next twenty-four hours to roust them into action. This will also create the paper trail that will be required to effectively escalate the situation if necessary.

Keep in mind that the purpose of the 5×5 is to get a team member to respond to a critical request. Because most of the team members assigned to your project are working on other projects as well as keeping up with their operational responsibilities, there are quite a few things vying for their attention. The 5×5 makes it clear you have a critical request and gives them the information they need to prioritize effectively.

When all is said and done, try to keep things human. People make mistakes, react poorly, or have things going on of which others are unaware. Basically, humans are humans. That doesn’t give them the right to hinder a project, harm others, or hold work back, but try your best to approach them with understanding, grace, and care. If the situation does have to escalate, then keep things civil. No one benefits from a workplace mess.

In short, if you’re encountering difficulties inside your team, it’s best to act early, act empathetically , and act kindly so that the tensions don’t escalate. Projects are goal-oriented, but ultimately, they involve people. Clear, respectful team communication is the best way to get any project done well. With a bit of foresight and empathy, your team (and clients) will be sure to thank you!

For more advice on handling team difficulties, you can find The Irreverent Guide to Project Management on Amazon.

From the start of his career spent jumping out of helicopters in the United States Navy, J. Scott has a long history of leadership, servanthood, and bearing witness to the transformative power of getting shit done. Since starting 120VC he's personally overseen the global transformational efforts within organizations such as DirecTV, Trader Joe's, Blizzard Entertainment, Sony Pictures, Mattel, and others. His team's unique, irreverent approach to change has generated breakthrough results and created meaningful jobs. In addition to being a successful entrepreneur, J. Scott is a devoted husband and father and author of "It's Never Just Business: It's About People," and "The Irreverent Guide to Project Management," both available on Amazon.com.