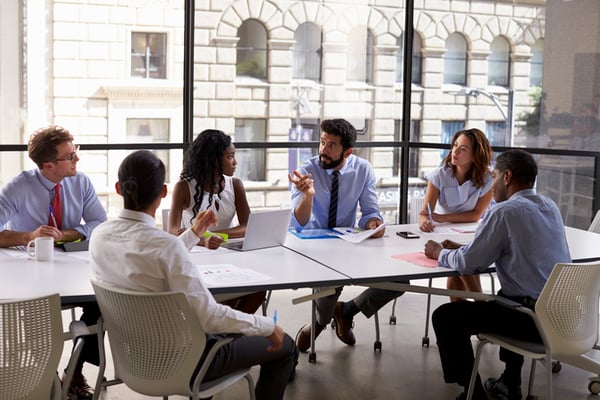 Everybody, say it together: “Great leaders hold their employees ... .” If you said “accountable,” you’re dead wrong. And I don’t blame you. It’s a common, and destructive, misconception that hits at the core of human nature.

But if you want your project management teams to succeed, you have to stop holding team members accountable.

The idea may sound provocative, but it’s a critical step toward empowering team members. Here’s why you need to stop holding people accountable if you want your teams to succeed:

It’s the Opposite of Leadership

First, take a second to listen to what you’re saying: “We should be holding her accountable.” The language itself is aggressive. It sounds like we’re accosting people.

It’s not your fault. Our ideas about accountability were set up a long time ago. As children, when we reach for the hot stove, our hand gets slapped. It continues to develop as we get older. If my teenage daughter wants to stay out past curfew, I say “no.” So when she sneaks out anyway, I ground her, and I nail her window shut. As a result, when we grow up, we think of accountability as punishment.

For productive adults, that’s a problem. Nobody wants to be in charge of punishing responsible adults. So accountability becomes this thing left up to the fearless leader. When leaders associate accountability with punishment, they put it off. They don’t give any feedback until things go completely off the rails.

But accountability isn’t punishment, and punishment certainly isn’t leadership. It’s the opposite of leadership because it stifles autonomy instead of promoting it. People want to do a good job. They want to win. Being cynical about that fact breeds distrust.

Think about what happens when an employee constantly has someone looking over their shoulder. It ruins trust.

How important is trust to your organization?

It should be its beating heart. According to the Harvard Business Review, people working in high-trust companies have 74 percent less stress, 106 percent more energy, 40 percent less burnout, and 29 percent more satisfaction with their lives.

I just reread a book Douglas Stone wrote, called Thanks for the Feedback: The Science and Art of Receiving Feedback Well. In it, he highlights what happens in our minds when we are receiving feedback.

First, Douglas notes that the person receiving the feedback is 100 percent in control over how they perceive the feedback, as constructive or destructive. This is true no matter how skillfully the message is crafted. Next, if you’re enforcing accountability after someone has dropped the ball, it is more likely to set off one of the three feedback triggers: the truth trigger (we feel the feedback isn’t true), the relationship trigger (we think the feedback isn’t coming from the right person), or the identity trigger (we internalize the mistake as a flaw in our character).

So, if I decide to hold my new project manager, Janet, accountable after she drops the ball on something, it’s more likely she’ll react in one of three ways:

The third scenario is especially bad because it causes shame. Shame has an inverse relationship with productivity and engagement

What happens next? Your teammates experience stacked emotional triggers and eventually break down emotionally. This leads to resignations, kills productivity, stifles innovation, and ruins your culture.

What Leaders Should Do Instead

Instead of trying to force employees to do anything, real leaders encourage self-accountability. Here’s how to create a culture of accountability:

Establish Accountability at the Beginning

Accountability should start at the beginning of an exercise. Be clear about your objectives and make sure your team members are on the same page. Establishing accountability requires a fierce commitment to alignment and clear expectations.

Wondering how? When you assign an objective to a team member, ask them why it’s important to the business and how they are planning to complete it. Then listen to what they say.

Really listen; don’t just scan what they are saying for the answer you want to hear. If what they describe doesn't communicate alignment, you don’t have it. Try explaining another way, and then ask questions to learn how what you are saying is landing. Continue asking questions until what is described sounds like it will achieve the desired results. Now you have alignment.

Once you have alignment, ask them what they need from you to be successful.

Finally, give project team members the resources to succeed. That means providing education opportunities and resources to level them up.

When I attended Stagen Leadership Academy, I learned a powerful tactic for cultivating good commitments, which is necessary to establishing clear expectations, based on a Harvard Business Review publication by Donald Sull and Charles Spinosa. It says the best way to build a culture of accountability is to make commitments public, active, voluntary, explicit, and mission-based. Here’s how it works:

Hiring the right project manager is hard work, and can feel like rolling the dice. There are ways to bring in leaders who are quick to commit, stay accountable, and are ready to go on day one. Want to see how it would work for your business? Let’s chat about scheduling a free 120VC consultation.